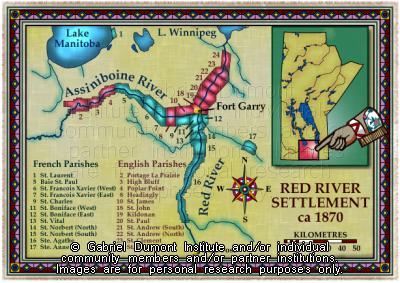 This audio collection about the Bungee dialect was donated by Métis Elder Iris Vitt, a genealogist and historian living in Selkirk, Manitoba.  These recordings were conducted by Iris’s father Frank Walters.  Frank Walters was a historian interested in preserving his wife Minnie Foord’s Bungee heritage.  Frank Walter’s best known article about Bungee is “Red River Dialects: Bungee as She is Spoke,” which appears in his book Pieces of the Past, Winnipeg: Bindery Publishing House, 1993: 68-71.

Bungee, Bungi or Bungay is an English Creole spoken by Metis of Scots/Orkney and Cree and Ojibway heritage.  It is derived from the Saulteaux word “panki” which means “ little” or a “portion of something.”  It was traditionally spoken in the “English” parishes in Red River, the Interlake district of Manitoba and some remote northern communities in northern Manitoba.  Its base is English, but has a large Scots-English, Scots-Gaelic, French and Cree and Saulteaux (10% of the words) vocabulary.  English, Scots-English, and Scots-Gaelic words are often pronounced differently in Bungee as a result of its Cree influence.   Even though it’s an English Creole, Bungee often uses  Cree syntax.